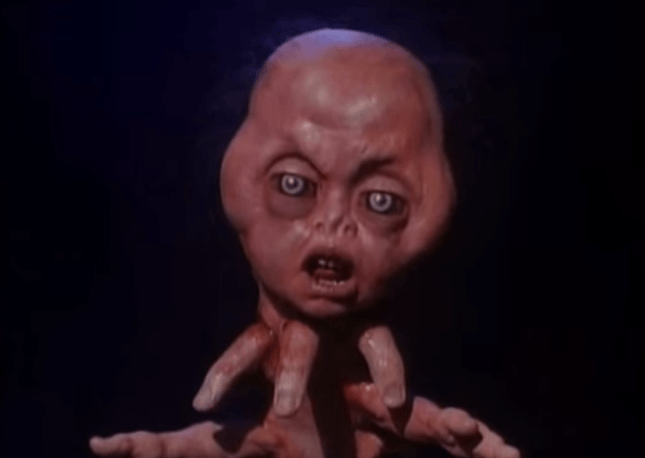 Ever wondered why a ventriloquist puppet seems so life like and real?

It’s not only because the puppet is “Speaking”

You see, one of the most important parts of becoming a ventriloquist, is learning how to control and manipulate your puppet. It can’t just sit there, you need to put LIFE into it and make the puppet seem like an actual, living creature.

(Think of the characters in Jeff Dunham’s show, and how they seem like actual people.)

And ultimately it’s all about believability and replicating human movements. Because if your puppet sits there lifeless, then no one is going to believe in your act.

So today, that’s what I’m going to be showing you.

How do you know when you’re really connected with another person?

Because they’re making eye contact with you, and this is also why the eyes of your puppet are considered to be one of the most important parts of performing ventriloquism.

Eyes are the windows of the soul and the way we “Read” people is by looking into their eyes.

So one of the easiest ways to make your puppet seem more real is by maintaining eye contact with the audience.

The first thing you can do is point the eyes of your puppet towards the audience, especially when it is speaking.

And don’t just point it towards the audience.

Also tilt the head ever so slightly downwards so that the eyes of the puppet are “Looking” at the audience. And have your puppet look at individual members of the audience as well.

Eye contact can also be combined with simple head gestures, and this can be used to communicate what the puppet is “Thinking”

For example, if you’ve ever watched ventriloquism being performed you’ll notice that the performer will use very fast glances back and forth from an object to a person (Most often the puppeteer) which shows concern over that object.

…while slow glances back towards you, while quickly looking away would express embarrassment or hurt.

If you watch masters like Jeff Dunham, you’ll notice how much they use the puppets eye and head movements to communicate.

Moving the head is also important because it is used to show emotion in your puppet.

For example, a drooping head can show sadness or depression, and moving the head from side to side can show disagreement.

Tilting the head upwards shows stubbornness or “I’m not listening to you” and a tilt to one side can show concern, confusion or concentration.

Ultimately you need to learn how to play to your audience using head movement.

You want to keep the puppet facing them so that the illusion is maintained.

Never direct the head so that your audience cannot see the face / eyes of the puppet because this destroys the illusion.

So, for example, if you lift the puppets chin to look up at the sky also turn the puppets head to the side so that the audience can still see its face. Again, the best way to learn this is by watching master puppeteers at work.

3. How to move your puppets mouth

Controlling your puppets mouth is the biggest key to making ventriloquism work.

This is probably the most important part of the act, because if the puppets mouth is out of sync with what you’re saying NO ONE is going to believe that your puppet is talking.

Now, the basic rule of thumb is that the puppets mouth open on the vowels and closes on the consonants.

An easy way to think of this is that the mouth opens once for each syllable.

Basically, you want to make it look as if the puppet is shooting the words out of its mouth.

(Watching videos of Kermit the Frog will show you what I mean.)

Another key to maintaining the illusion is moving the lower jaw of your puppet more than the top.

The reason why you want to do this is because, if you open both parts of the puppets mouth, you’ll notice that it’s head lifts up and eye contact is broken.

And I’ll give you one more hint, the beginning and ending of a long line is where the mouth is most noticeable.

So focus on learning how to open your puppets mouth at the EXACT moment you start speaking…and close it at the exact moment you stop speaking.

Also, while you are speaking (And the puppet is “Listening”) keep its mouth slightly open, because this makes it looks like it’s listening to you.

Kermit the frog is a really great example of this.

The simplest way to practice moving your puppets mouth is by watching TV and following along.

You can use your hand or an actual puppet, and here’s a big tip, don’t look at your hand at all.

This is because you’re training your ear-hand coordination, so you don’t want to look at your hands.

You should also go through a few books on body language and see how many of the gestures you can incorporate into your act.

And about half of that illusion is created by putting life into your puppet.

What I’ve shown you today barely scratches the surface.

And if you take private lessons with an actual ventriloquist you’ll be surprised at how much more there is to learn about using your puppet.

But if you can’t do that then why don’t you try online video lessons?

The best place I know of for doing this is http://www.learn-ventrilouism.com where you can learn from professional ventriloquist Tom Crowl.

And if you visit his site right now, you can get 5 free ventriloquism lessons which will show you how to master this mysterious art in almost no time at all.