Teach Yourself Ventriloquism in 3 Easy Steps

People generally assume that becoming a ventriloquist is a complex, difficult process that’s almost impossible to master. That’s just plain wrong. In fact, as long as you can speak, you can teach yourself ventriloquism.

You can decrease your learning process time by 420%, with the proper instructions covered in the most advanced online course from a professional ventriloquist Tom Crowl.

Join the best within the shortest time! > Get the course here <

First, you’ll need to get the hang of speaking without moving your lips.

That can be easy with many sounds and letters of the alphabet, but a few letters – like B, F, M, P, Q, V and W – are a lot harder to pull off convincingly. Just try saying those letters without moving your lips.

As a result, every ventriloquist learns a few simple tricks to “pronounce” those sounds without actually saying those sounds. There are letters that you can use to replicate those sounds – something that people often refer to as the ventriloquist alphabet. When you say these substitute letters in a certain way with your tongue, the audience will think it’s really hearing the “right” sounds.”

To get more detailed ventriloquism techniques, tips & secrets which will help you teach yourself ventriloquism check out the > Cheat sheet to throwing your voice < or > Ventriloquism facts every performer has to abide by <

That’s the one aspect of teaching yourself ventriloquism that most people don’t really get – you’re really playing mind games with the audience, convincing them they’re hearing things they’re not. Think of yourself as a magician with words, constantly directing and misdirecting the audience, the way a magician does to pull off a trick

Second, you’ll need to come up with a persona for your ventriloquism partner. 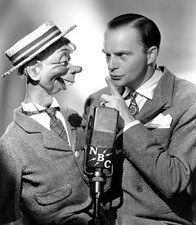 This persona is not just a name, but a whole background and personality that the audience can learn to appreciate. It’s often funnier if you – as the ventriloquist – and the dummy have completely opposite personalities and voices.

And, to match that personality, you have to learn how to control the puppet with your hands. The more lifelike you can make him or her, the better. It’s not just the case of learning how to pull a few strings here and there – you also have to make the lips and facial expressions look real.
Image Source – Wikipedia: Edgar Bergen e Mortimer Snerd (1941)

Finally, at the core of becoming a ventriloquist is putting together a 10-15 minute ventriloquism routine.

You are part comic, part magician and part storyteller. Your audience is expecting a show.

So what works for a ventriloquism routine? Usually a mix of non-stop conversational patter, jokes, maybe a few songs or a brief magic trick.

See? It’s more than just memorizing a few vocal tricks! You have to put together a full ventriloquist routine, and really think about how different personalities and characters can work together to surprise and delight an audience. 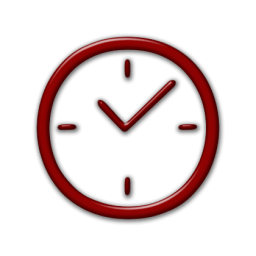 When you’re up on the stage after finally having put together your ventriloquism routine, that’s when it’s time to fine-tune your full performance. Maybe there are certain sounds or words that you still need to perfect, or a few lip expressions to work on, or maybe a few jokes just fall flat.